This is rapidly becoming one of my favorite subscriptions. The Underclub is a monthly luxury underwear subscription service. While they have multiple tiers, some with more than one set of underwear, I went for the $15 per month option. It is exactly $15 no tax or shipping added. For this price I receive one pair of undies each month. It ships on the first and charges on the 11th. I actually received April’s pair on Thursday April 8th (there was a shipping delay adding two days to delivery) and I was charged for May’s set on April 11th.

I initially chose this subscription service to try for three reasons. The first is that I really like subscriptions. I really do like the surprise package in the mail and the ability to try new things.

The second reason was that I wanted to try some subscriptions that weren’t makeup and skincare based. I am trying to branch out more into lifestyle and clothing subscriptions.

Plus, one thing people don’t tell you when you start working out is that no matter what underwear you are wearing, it is going to take a beating. I generally pick up packs of Hanes Cotton Undies for workout wear but I like to have nice underwear when I am not working out and in my initial workout phase, I didn’t realize I needed to switch out my undies like I switch out my regular bra for a sports bra so a lot of my nicer underwear didn’t survive. So it is nice to build up my collection again.

And thirdly, when I went looking for sizes, the Underclub was very size inclusive. They not only had a size that fit me, they had models that weren’t Victoria Secret Standard. They were all beautiful women but they were also real women. I know that I do not look like a Victoria Secret model in my underwear. I know that even if I get my body down to a healthy weight I will not look like that. Which is perfectly fine. How boring would the world be if we all looked alike? I like that The Underclub recognizes that and markets for real world bodies.

I also like the quality and styling of the undergarments as well. This month’s set of pants was quite lovely. On the surface they look like plain black undies. They are made of a kind of net material. The front has an inner liner, the back does not. The Brand is MOD by Parfait which we have seen before.

This set, like every set I’ve received fit perfectly. So if you are looking for your size, follow the size chart. I measured myself, took my inch measurement to their chart and have not had an issue with fit. It is a spot on size chart, which is really nice when trying to find your size. And while I am on the heavy end of the spectrum, they do have extra small for those of you on the other side. They have a pretty wide array of sizes which is again one of the reasons I chose to try out the subscription in the first place.

With this month’s set, I was very impressed by the quality of the elastic around the waist band. I know that sounds very strange to say, but most of the underwear I’ve received thus far has less of a stout waistband, The thinner waistband suited the style and the elastic was thinner because of design. This pair has a thicker waistband and a correspondingly thicker elastic. The elastic doesn’t constrict too tightly and you can tell it is the sort of elastic that will last a while. It is an oddly difficult balance to find. The elastic fit properly and didn’t leave marks on my skin.

As with all the underwear, it went straight from the packaging to the washer and then I tried it on. There were no loose strings or missed stitches wither before or after washing. The garment was well constructed. Like I said before it fit perfectly.

My one issue was that there was not a liner on the rear as there was for the front. I understand the styling and looking at it, I really like the way it looks. However, I did wear them sitting at the desk while working on the computer and ended up with a net print across my rear end. It wasn’t in any way uncomfortable, just oddly textured skin when i stripped down for my shower. I was momentarily puzzled, then realized it wa from the pants. 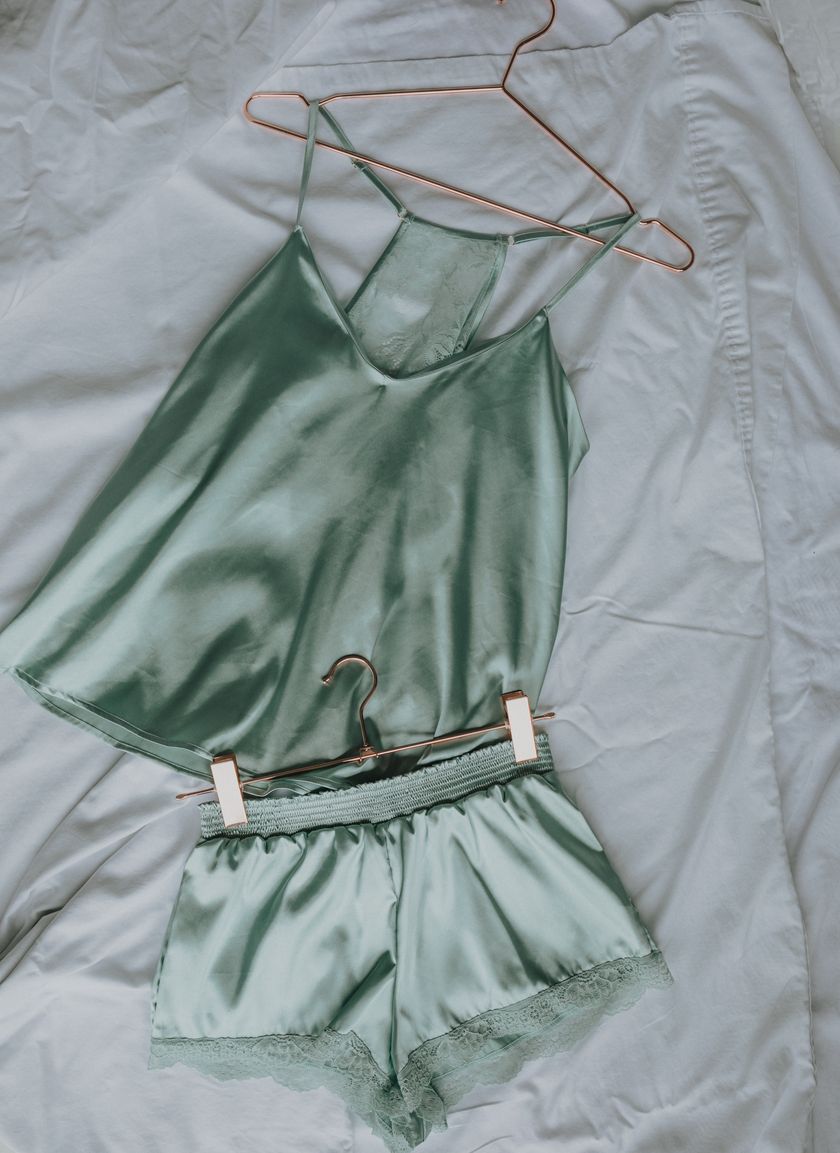 Over all I am very pleased with this pair and happy to keep the subscription another month. I am still wearing the Valentine’s bralette and pants set. They have been in rotation since February and they are holding up quite well even though it is more delicate looking than untehr sets. It looks just as good now as it did when it arrived. I really like the bralette, I just have to remember it is in no way designed for exercise and change accordingly. It does fit well though and looks great when working at my desk or generally moving around. It just doesn’t have the support i need for workouts (which isn’t surprising as it isn’t a sports bra). I still have my eye on the minty green pajama set (pictured above) and now they have a Birthday three pack available. In fact each month they seem to come out with a new set in a different style and the list of ones I want just keeps getting longer.

While I am drawn to the mint green Pajama set mostly because I am starting to transition from my winter pajamas into more summer themed sleepwear, I also like the bra and pants in the same material and style. I’m actually torn as to which one I want to order as they both look really nice. Soon I will start inventorying my spring and summer clothing so it may end up being a decision made on what survives the purge. I have some spring and summer clothing that is now a little large on me and some that is just worn out from seeing too many summers. So I may make the decision after, but seriously how cool is that set? I think I may have said the same thing last month but it still remains true. I just really like the color and design of it. And if you are just looking for undies, they have great bundles as well as individual sets. I’ll link the birthday link below.

Personally, the more I receive from this subscription the more I like it. They are size inclusive and don’t make me feel badly about myself because I don’t fit a certain mold. They recognize that everyone deserves to feel pretty, which I love. If I am wearing pretty underwear, even if no one knows it, I feel pretty all the way through, which I’m sure reflects in my attitude and self confidence. while pretty underwear doesn’t fix everything it is often a great personal boost.

I like that they are always coming out with new designs and that every piece i’ve had from them is a quality piece. Plus it is a really good monthly surprise. Overall I just really like this subscription service. If you are looking to expand your underwear collection, this is definitely one I would recommend looking into. I for one will be keeping this one for a while. 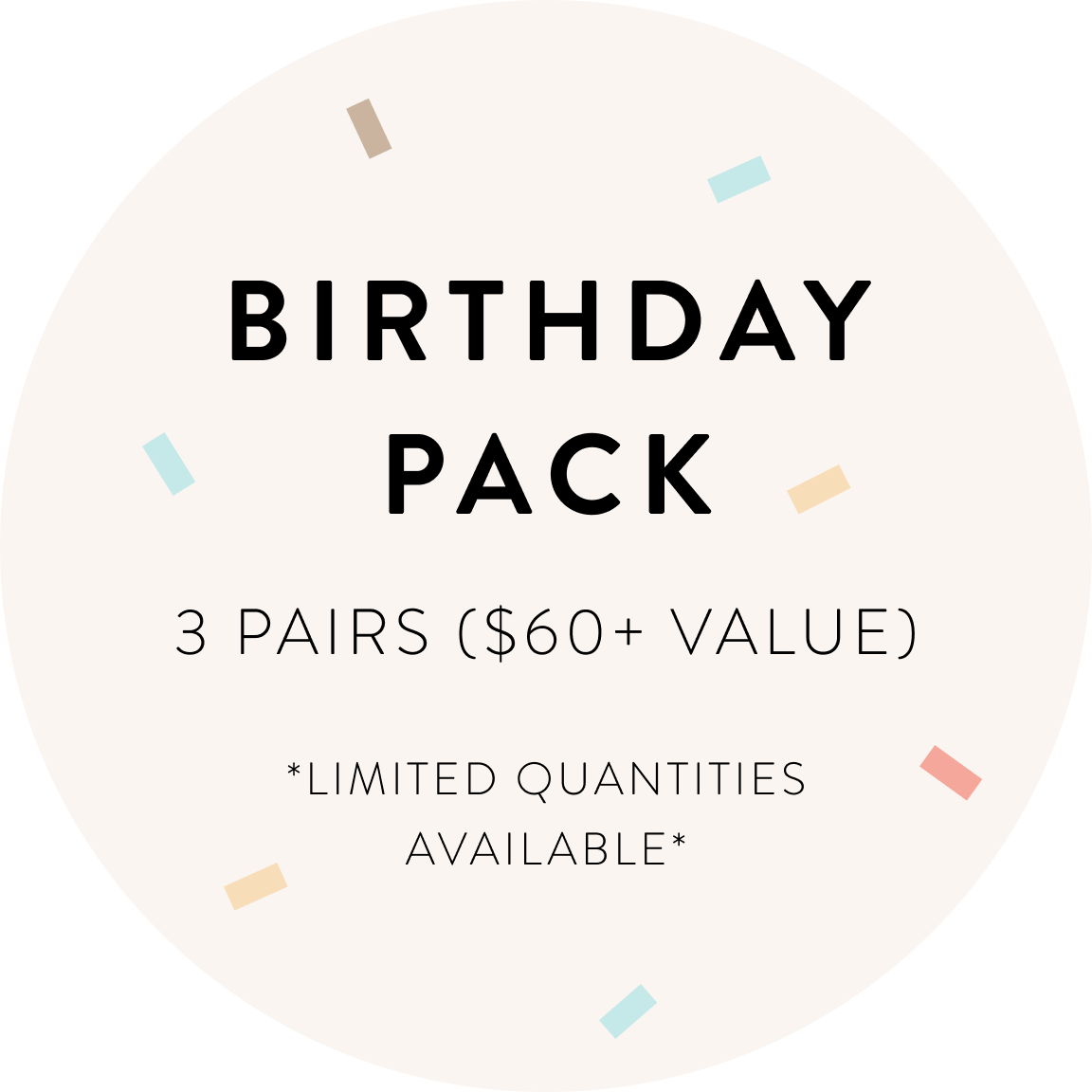 I am absolutely loving these No budge shadow sticks from elf. So quick and easy for those mornings where time is not your friend

Free micro lips with orders over $75

Inspired by our movie-making heritage and the belief that everything you use on your skin should nurture its vitality, our makeup contains soothing botanicals to improve skin health while ultra-fine pigments enhance the beauty of your complexion.