I found it interesting to test two similarly scented products so close together actually.  As you know bergamot is not my favorite scent, but I adore mandarin orange. So fingers crossed, I hoped for the best.

Scent wise it was the equivalent of a horse race.  I was hoping my horse Mandarin Orange would come in ahead of the perennial favorite Bergamot.

But before we see those race results, let’s talk a little bit about the Lavido Aromatic Body Lotion in Mandarin Orange and Bergamot.  I received this as part of the November Petit Vour Box. Petit Vour is a Cruelty Free Monthly subscription box.  I generally enjoy the products they send, many of which I would never have actually found on my own. I really like it in terms of discovery. I also like that they include Cruelty free makeup as well as skin care as it is becoming easier to find the skin care, but the clean, vegan and cruelty free makeup brands are still mostly unfamiliar to me.

I have also used a few Lavido products before and really enjoyed them.  And on the label Mandarin Orange is listed above Bergamot. Hopes are high, my darlings.

So according to the product page…

This rich but lightweight body lotion leaves your skin buttery soft and restored with organic essential oils. Best for all skin types.

Over all pretty much what you would expect from the description of a body lotion.  I love that it is cruelty free, which was to be expected considering it came in a Petit Vour Box.

As a cream the formula is a nice white cream.  It is very light weight and melts into the skin beautifully without leaving streaks of white across the skin. It needed no extra massaging or warm up time. My skin simply drank it in. It left my skin feeling wonderfully soft and hydrated. Even on my elbows, which is where my skin often gets dry and cracked, especially in the winter.

But then there is the scent.

Now, I now bergamot is not my favorite.  As my mother adores the scent, I know my dislike is not universal.  It is not even the predominant view in my family as most of the rest of the family sides with my mother on the scent. I will say if you like bergamot, then you would probably like this scent.  It is bergamot forward although there is much more orange essence in it than the Voce Vita perfume.

I actually don’t mind the scent that much.  While not my favorite, there is enough orange to help balance it out a bit.

The real kicker isn’t the scent itself, but the potency of it. When they say aromatic, they aren’t joking.

I tend to use body lotion right after my shower.  I also tend to take my shower at night.  So I took my shower, picked up this lotion to try out and then continued on with my evening, eventually ending in sleep.  The scent of the cream was strong when I applied it and strong when I went to bed.  It was still quite strong when I woke up in the morning.

And I don’t mean I caught a faint whiff of it when I held my hand to my nose.  I mean I was still enveloped in a cloud of scent when I went to put my coffee on to brew.

It is a potent scent.

It is a scent that lingers.

It is a scent that looks at fragrance free formulas and cackles madly while skipping off gleefully in the other direction.

I don’t mind scented products in general.  I use both unscented and scented products routinely.  When using this product, it is the only scent that you will be able to smell.  It trumps all of them, and quite frankly is a little too much for me.

Which is really a shame.

In addition to trying it as a body lotion, I tried it as just a hand cream and placed it next to my hand soap and antibacterial gel. I thought maybe if i used less, it wouldn’t be as potent. The formula was fantastic.  The rough and dry spots on my hands from far too much hand washing virtually disappeared. If the scent weren’t so overpowering I would adore this body lotion.

In fact it worked so well that I kept trying to use it.

When the scent was too much on my hands, I tried it on my feet.  It worked really well on the tough skin of my feet as well.  However, the scent slipped through the fibers of my socks and still made its presence known.

It isn’t a bad scent, in fact it is quite pleasant.  It has enough orange to tame the bergamot so that even my dislike of bergamot is tamed.  If it were more delicately fragranced I would be very pleased with it.

And too much of a scent bomb for me.  Even if it were my favorite scent it would still be too much of a powerful aroma for me to routinely wear.  So it is with great sadness that I have to say, excellent cream, fantastic brand, but not an item I will purchase again. 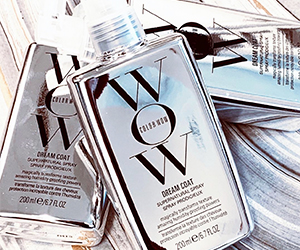