This week the weight loss continues so I am thrilled to see the numbers decreasing again. That is always a good feeling on a Friday morning. So I am pleased with the results.

Because my walks on the walking trail were adding far too much sun on my skin for my liking, I decided to expand my gym time. Instead of going just three times a week I made it to the gym all five days this work week. I did my regular weight training only on the three days and then just used the treadmill only on the days between.

While the exercise paid off I computed my schedule without thinking about the fact that it is apparently construction season. I’m guessing that in addition to the projects that were already scheduled for this summer, they are trying to catch up on projects they had to postpone last summer. I say that like I think there is one person doing projects, however it seems there are quite a fe private entities joining the public construction frenzy.

Roads are being repaired, buildings renovated and even an entirely new subdivision is being installed. I think the airport is even expanding. It looks like the shipping rather than the passenger’s section,. but it still counts as expansion.

All of which means that my typically eighteen minute drive to the gym tends to be anything but eighteen minutes. I spent this week trying to figure out different routes and driving times. I think I might have found the combination that will ease the drive time down so it doesn’t swallow as large a chunk of my day as planned. Yesterday I ended up with a forty five minute drive each way which was the worst for the week.

But hopefully next week I can get out of the house a little earlier and at least beat construction one way and then use the shortest rout possible back, which should help keep things in check.

You know, when I started working out and began my weightloss journey I thought that controlling my cravings and convincing my body to actually do the workouts would be the hardest part. Honestly time has proven to be the biggest consideration. I don’t know how many of those reading this and following along are on their own journey to a healthier self, but if you are, take a few moments to think about time when putting together your plan. Trust me, you will thank me later.

Luckily most of the construction near me looks set to be complete by the end of August, so it is a temporary inconvenience. And i greatly appreciate you letting me whine about it a bit. I’ll let it go, I just had to vent for a minute. Now I feel better.

So, To the Stats!

Over all i am quite pleased with my week. This is the second week in a row where I have surpassed my one pound a week goal, so i am absolutely thrilled with the results.Hopefully I can continue in this track and by the time the weather changes in the fall I can do a mighty purge of the closet as I change the wardrobe over for the seasons. While I am hoping it will lead to a fall/winter shopping spree, and I do have my eye on several items, I also have a drawer of clothing Items I loved, are still in good condition, but no longer fit me. I am hoping that by the time the seasons change, I can open the drawer and shop that stash before I actually purchase anything new. while regular shopping is exciting, I think being able to pull something from that drawer might actually be more exciting for me.

Plus it frees up space, reuses existing items, and saves money. And if I save money I can put it towards a new pair of heels. Or really any new pair of shoes that aren’t actually sneakers for working out. Wouldn’t that be nice?

As I know I’ve mentioned a billion times before, my diet plan is based on more exercise and less calories. It’s pretty simple I know. No foods are marked as evil and banned from the house. I do this because I know how my brain works. as soon as I forbid myself to eat something I will start to crave it. hile the cravings will start off small and be easily ignored, over time they will grow. Then when I finally break down and go for it I will not just indulge, I will over indulge. If they aren’t banned then when I want them, I am much more likely to have a sensible amount because I know this won’t be my only chance to have them for a really long time.

Your brain might not work this way, but mine does, so this is my plan.

Whatever your plan, I’m sure it in some way deals with food. There may be a million different diet plans out there but in the end, we all have to eat, even if we are trying to shave some butter off of our bread.

One of the traps I’ve found is that I tend to eat the same meals week in and week out. When I make the meal plan for the week, ince I break out the calories of each meal so I can better plan, I tend to stick to meals where I have already broken out the calories. It is a natural inclination.

To figure out my meals calories, I’ve go through a recipe and figure out not only how many calories are in the version I make (which doesn’t always match the one established by actual chefs either because I couldn’t find the ingredient or it wouldn’t be appreciated in the household) and then figure out how many calories are in the portion size I typically consume from the dish that was made. It can take a while and once I’ve done it for the recipe I like to keep it in rotation a while so that I have at least one meal figured out. At this point I have a bunch of recipes figured out and tend to rotate through them.

The problem is that while it saves time, it gets boring. while I like to cook, making the same set of recipes gets old, not only with the repetition of making the food but in the eating. To change this up and combat the food fatigue I designated one day as new recipe day. While I can fall back on my favorite standards through much of the week if I choose, I pick one recipe that I have never made before and think looks interesting to break out for the following week.

I chose Wednesday for the break out meal because it is a small midweek excitement and schedule wise it is also my slowest day. Or at least the day that generally ends at the end of the workday with nothing planned for the evening.

This week I am making spring rolls. The cold Vietnamese kind, not the fried kind. I’m going with the shrimp version where each roll has one shrimp that has been bisected down the middle so that it can lay flat on the cold noodles and veggies. I am going for this recipe because it is more or less evenly portioned out (I suspect that as this is my first time making them uniformity may not be achieved this go round but there is a limit to how much can be put into one wrapper.) I have never made them so it falls into my new recipe category.

In addition the spring rolls are strangely hard to find here. All of the restaurants offering anything called spring rolls here only have the deep fried versions available and while the grocery story has packaged sushi and fresh spring rolls are usually offered along side them, here they are absent from the offerings. Perhaps there is a local ban I know nothing about.

It gives my dinner plans an air of danger, no?

One of the main reasons that I chose this is that both my baby and I love spring rolls. Despite his meat centric view on what constitutes a proper dinner, he can gorge himself on spring rolls and be sated. The trick is there have to be more spring rolls given to him then he would usually get in a package or a restaurant order. then he is happy, even if it is just one extra.

That appears to be his mental trigger.

I suppose we each have one.

So I am playing with my food in order to avoid meal time burn out. And while I do have to break out one recipe each week, I can fall back on foods I’ve already figured out on the other days. Plus, once I’ve figured it out, the food isn’t new anymore and I have an extra recipe added to my meal time planning stash. The more recipes I add, the wider the variety of my meal times. Plus I get to learn new skills and practice ones I don’t often use. Tonight I will julienne and feel like a professional (as long as I don’t cut my fingers off) and I will learn if wrapping a spring roll is anything like wrapping a burrito. I suspect there are differences.

This is one time when playing with your food is not only acceptable, but encouraged. And if any of you can think of things I might want to try as I branch out of my comfort zone, drop me a comment. As long as they are reasonably low caloric and I can find all the ingredients, I’m willing to give it a go.

Posted below are some valentines coupons I thought some of you out there might like. This year I got my baby soap and chocolates. Don’t worry, I kept them seperate. And luckily the Dr. Squatch soap looks nothing like chocolates even if a few of the bars in the sampler pack do smell good enough to eat. Plus my darling really likes getting the Whitmans’ sampler box for Valentines day. During the rest of the year he is all about high end artisanally made chocolates often filled with various liquors. But come valentines day, it is all about the Whitmans. I’m not a huge chocolate person myself, but he has a long drawn out justification as to why he is perfectly right about his cravings. But I won’t draw this out by listing them or we’d be here forever. Just know he won’t be eating soap and there are coupons posted below for those looking to shop. 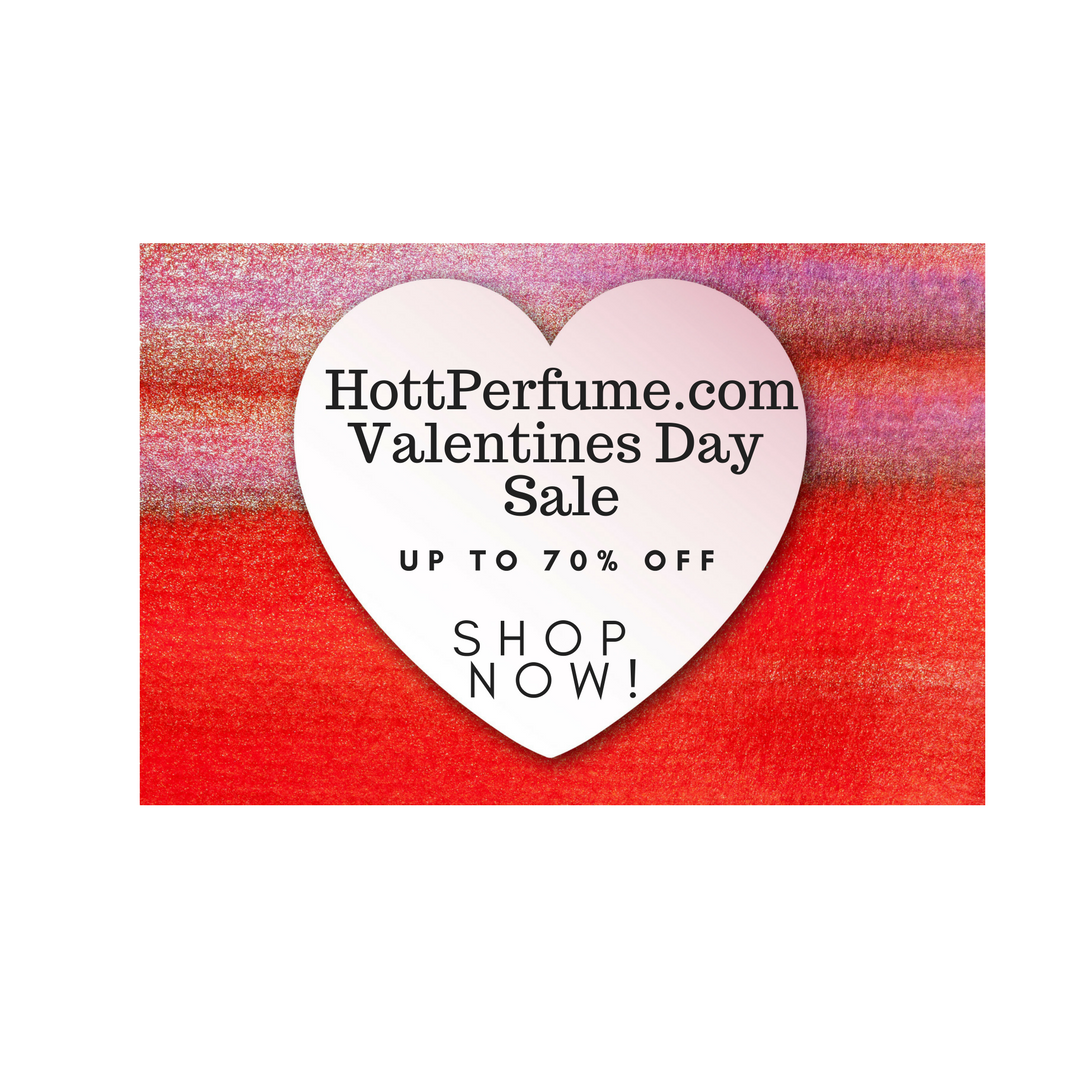